“Dys” means “difficulty” and “lexia” means “words or language”. Dyslexia is a specific learning disability primarily associated with a person’s ability to read. However, the difficulties can also affect an individual’s ability to write, spell, and decode written material.

It is currently believed that these difficulties are attributed to deficits within the phonological processing of an individual.

Additionally, people with dyslexia can have other difficulties such as putting things in order, organization, following instructions, and coordination.

The Language Tune-up Kit will HELP to get your child back to an age-appropriate reading level in 2 to 6 months. 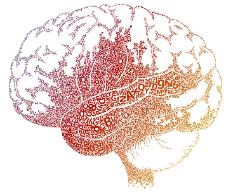 From the International Dyslexia Association:

“Dyslexia is one of several distinct learning disabilities. It is a specific language-based disorder of constitutional origin characterized by difficulties in single word decoding, usually reflecting insufficient phonological processing abilities. These difficulties in single word decoding are often unexpected in relation to age and other cognitive and academic abilities; they are not the result of generalized developmental disability or sensory impairment. Dyslexia is manifest by variable difficulty with different forms of language, often including, in addition to problems reading, a conspicuous problem with acquiring proficiency in writing and spelling.”

Our LTK software does the same thing that a tutor will do–for a lot less money! If you are seeking a tutor in your area, we suggest that
you contact one of the following organizations:
The International Dyslexia Association:
Tel: 410-296-0232 website: www.interdys.org
The Learning Disabilities Association
Tel: 412-341-1515 website: www.ldanatl.org

Can Individuals Who Are Dyslexic Learn to Read?

Yes, if children who are dyslexic get effective phonological training in Kindergarten and 1st grade, they will have significantly fewer problems in learning to read at grade level than do children who are not identified or helped until 3rd grade. For those who have not acquired phonological training by first grade, software programs, such as the Language Tune-up Kit, are a highly effective approach that teaches the dyslexic student how to read.

It is never too late for individuals with dyslexia to learn to read, process and express information more efficiently. Research shows that programs utilizing multi sensory structured language techniques can help children and adults learn to read.

Where Can I Get Tested for Dyslexia?

The best resource is a local child psychologist. They have specific tests for dyslexia. Check your Yellow Pages.

“The causes for dyslexia are neurobiological and genetic.“

Research shows that individuals can inherit the genetic links for dyslexia. If one of your family members such as a parent, a sibling, a grandparent, an aunt, or an uncle are dyslexic, the higher the risks for developing dyslexia. Thought to be genetic and hereditary, some forms of dyslexia can also be caused when hearing problems at an early age affect a person’s language comprehension skills and auditory skills. In some cases, dyslexia can also be acquired due to a brain injury, stroke, or some other type of trauma or illness.

From the Learning Disabilities Association of America:

“Many children, including children with learning disabilities, do not learn to read in the first grade because they lack the basic readiness skills or the school’s method is not appropriate for them. They may be allowed to fail for two or three years without effective intervention. Unless these children are identified early and appropriate instruction provided, they may be passed along in school until basic reading instruction is no longer available. Quality reading programs must be available across the age range if we are to significantly reduce illiteracy. While accommodations may be appropriate, they must not be substituted for direct reading instruction.

“Common educational practice is for schools and adult literacy programs to adopt a single method for teaching reading, with the assumption that it will be effective for everyone. Research indicates that some students with learning disabilities need a multisensory phonics approach, with instruction in phonological awareness; some students need a more meaning-based approach; while other students need interventions to address comprehension problems. For many students a combination of approaches is effective.”

Software programs, such as the Language Tune-up Kit, are an effective aid in addressing the needs of teachers and parents who wish to provide remedial reading instruction.

Thought to be genetic and hereditary, some forms of dyslexia can also be caused when hearing problems at an early age affect a person’s language comprehension skills.  It is estimated that one in 10 children struggles with dyslexia.  It was earlier thought that more males are affected than females. However, we now know that both boys and girls can be equally affected, yet boys tend to be diagnosed more often than girls. The reason for that is that some boys behave themselves in a certain way that can lead to being evaluated, while many girls tend to withdraw or be quiet about their difficulties.

Dyslexia effects people from different ethnic and socioeconomic backgrounds. The sooner a child is diagnosed and receives support, the more likely he or she will achieve long-term improvements.

Dyslexic children can usually succeed at the same levels as others once they are diagnosed and start receiving extra support and attention and home, school, and across educational settings. Children suspected of suffering from dyslexia are recommended to undergo educational, cognitive, and/or neuropsychological testing. These tests typically include a series of reading, spelling, drawing, math, and intelligence tests, as well as visual tests, laterality tests, visual scanning tests, sequencing, auditory perception tests, and other tests to examine which brain functions are interfering with their language acquisition and normal school learning. Dyslexia also affects adults but those who receive early interventions often learn how to compensate for this difficulty by adulthood. Dyslexic adults, however, tend to continue to have difficulty with language skills throughout their lives. However, a dyslexia diagnosis is no barrier to success! Some famous dyslexics include such famous individuals as the first president of the United States George Washington, Albert Einstein, Hans Christian Anderson (a famous children’s book writer), U.S. Army General George Patton, Leonardo Da Vinci (Italian artist and painter), Alexander Graham Bell (a famous inventor who invented the telephone), actors Whoopi Goldberg, Henri Winkler, Tom Cruise and Orlando Bloom as well as others.

Thank you for your interest in the Language Tune-up Kit (LTK) demo.

The free demo shows what a lesson in the LTK is like.

Thank you for contacting us.

We have received your enquiry and will send you a sample lesson within 24 hours.

Thank you for your interest in the Language Tune-up Kit (LTK) tests.

LTK training and certification
for tutors

Order now
Registration for Educators
To register as a tutor please fill out this simple form. You will then receive an e-mail to finish the registration process.
Order now
Thank you for contacting us.
We have received your enquiry and will contact you within 2 business days.